We continue our series on the new ISO 37120 smart city standard with a look at the first of 17 themes defined in the standard – economic indicators.  As previously described, ISO 37120 includes both ‘Core’ (must report) and ‘Supporting’ (should report) indicators.

Cities are, ever increasingly, the engines of growth for countries. In the U.S., cities account for 90% of all economic output and 85% of all jobs.  Therefore, a vibrant economy is key to not only attracting and retaining employers and residents, it is also essential to a city or region remaining globally competitive.  “Cities worldwide seek to attract new businesses and residents to strengthen their local economies,” said James Anderson, Vice President U.S. Smart Cities for Schneider Electric, a global energy management company and Council Associate Partner working with over 200 smart cities globally.  “The economy indicators defined in ISO 37120 will help give city leaders the information they need to assess and improve their economic competitiveness.”

Let's examine the indicators that can help cities gauge their economic performance.

Unemployment rate has been always been a key performance indicator as it is the single most important metric of a city’s economic health and vitality.   ISO 37120 calculates unemployment rate in a traditional manner and defines the unemployed as those seeking work in the past month, and excludes the discouraged, hidden and long-term unemployed from the calculation.

This indicator can help cities detect and quantify an eroding economic base.  ISO 37120 focuses on commercial and industrial property values, as an over reliance on residential property values can impact affordability.

ISO 37120 defines persons in poverty as “those unable to adequately provide water, food, shelter and basic needs for themselves over a 12-month period.” Children are particularly affected by poverty, which can lead to poor health, impaired educational attainment, homelessness and chronic unemployment.  The U.S. poverty rate is 15.0% - 46.5 million persons living below the official poverty line.  Europe has a similar level of poverty at 16.8%, though it varies widely by country, and many African nations suffer poverty rates of 40-80%. 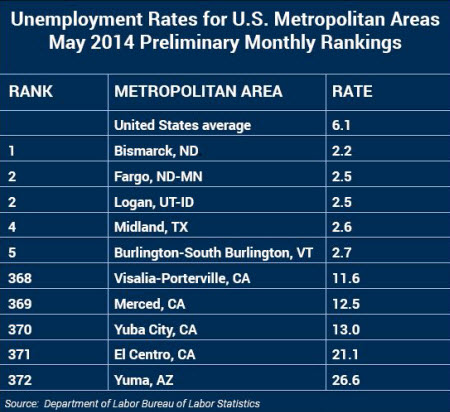 1.  Percent of persons in full-time employment.

This indicator is similar to the unemployment rate and reflects the economic health of the city and impact of local economic policy.  ISO 37120 focuses this indicator on city residents of legal working age working 35 hours or more per week.

As important as the overall unemployment rate is, the youth unemployment rate can be an even better indicator of a city’s economic and social stability.  Young men and women in many countries around the world face increasing uncertainty about their economic future, which can translate into significant social unrest and upheaval.

ISO 37120 defines unemployed youth as those persons above the legal age and under 24 years of age who are actively seeking employment.

This indicator measures the level of a city’s economic activity and performance, and can reflect a city’s overall business climate and attitudes toward growth and entrepreneurship.  According to CNNMoney, the top five U.S. “business friendly” cities in 2013 were:

While I am a strong proponent of ISO 37120, this indicator honestly leaves me scratching my head.  Of course innovation is an essential element of a city’s or region’s continued economic prosperity.  However, I believe this indicator to provide a very poor correlation to innovation at the city level, primarily because patents for multi-national corporations are generally filed in that corporation’s home city.  For example, Council Lead Partner IBM was awarded 6,457 patents in 2012 – more than the entire population of Armonk, N.Y. (population 4,330), where IBM is headquartered and where, ostensibly, these patents would be counted under this indicator. Is Armonk, N.Y. more innovative than any city in Sunnyvale, CA, Austin, TX, or Boston, MA?  Of course not.

This anomaly underscores three issues with the ISO 37120 standard.  First, data maintained at the state or national level may be difficult for cities to easily assemble.  Secondly, providing city leaders a formalized and globally accepted approach for measuring their city services and quality of life is an important step forward, though not all indicators will be equally meaningful to all cities.  Thirdly, the nascent ISO 37120 will undoubtedly evolve as it matures – adding some indicators while eliminating others.

George Karayannis has over 25 years of emerging technology and complex solutions sales, business development and marketing experience and has held leadership positions at Schneider Electric, Lockheed Martin Energy Solution, AT&T and wireless sensor startups.  He has also served as a city councilman and is restoring a 100-year old opera house to LEED Gold status. @gkarayannis

So far in our series: